The first 75 attendees to complete the request form will receive a comp copy of the final book.
​(Link supplied during the event.)
Join us for an evening of fascinating conversation with the Pulitzer-Prize-winning author Ayad Akhtar and bookseller Sarah Bagby (owner of Watermark Books in Wichita, Kansas). Homeland Elegies, published on September 15 to resounding acclaim, is the profound story of an immigrant father and his son searching for belonging—in post-Trump America and with each other.

A deeply personal work about identity and belonging in a nation coming apart at the seams, Homeland Elegies blends fact and fiction to tell an epic story of longing and dispossession in the world that 9/11 made. Akhtar himself grew up in Milwaukee, and these Heartland ties are incorporated into the novel, a stunning work of autofiction that takes the reader from a journey from the Midwest to far reaches of the globe to explore issues of identity and belonging in today’s challenging and sensational world. 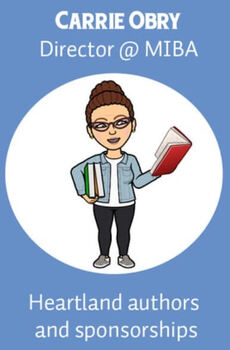 Heartland is teaming up with the other regional associations to present Reverend Al Sharpton as he discusses his important, timely book RISE UP: Confronting a Country at the Crossroads (Hanover Square Press; 9/29/20), on Tuesday, September 15, from 3:30 to 4:30 pm CDT.

Rev. Al Sharpton is the host of MSNBC’s “PoliticsNation” and the founder and President of the National Action Network (NAN), one of the leading civil rights organizations in the world. With over 40 years of experience as a community leader, politician, minister and advocate, the Rev. Al Sharpton is one of America’s most-renowned civil rights leaders. Sharpton also hosts the nationally syndicated radio show, “Keepin’ It Real”, which broadcasts in 40 markets, five days a week.

In RISE UP, Rev. Sharpton revisits the highlights of the Obama administration, the 2016 election, Trump’s subsequent hold on the GOP and his interactions and relationships with other key players in politics and activism. He also amplifies the new voices and movements that have emerged in response to the Trump presidency.

Rev. Sharpton will be in conversation with Ramunda Lark Young of MahoganyBooks, and will take questions from attendees. This virtual event will be held via Zoom, and access will be limited to association member booksellers only.

Special thanks to Hanover Square Press/HarperCollins Publishers for their support.

​An Evening with Ibi Zoboi & Yusef Salaam: Punching the Air

Our inaugural Heartland Summer author event features powerhouse duo Ibi Zoboi, a New York Times bestselling author whose work has been called "fierce" and "breathtaking," and Dr. Yusef Salaam, a poet, activist, and inspirational speaker who was wrongly convicted in the Central Park Jogger case and is now one of the Exonerated Five.

When he was just 15, Salaam and four other Black and Latino young men spent between seven and thirteen years of their lives behind bars, after which their sentences were overturned and they were fully exonerated. Their story has been documented in the award-winning film The Central Park Five by documentarians Ken Burns, Sarah Burns, and David McMahon and in Ava DuVernay’s highly acclaimed series When They See Us, one of Netflix’s most-watched original series of all time. Yusef is the recipient of a Lifetime Achievement Award from President Barack Obama, among other honors.

About Punching the Air

Amal Shahid has always been an artist and a poet. But even in a diverse art school, he’s seen as disruptive and unmotivated by a biased system. Then one fateful night, an altercation in a gentrifying neighborhood escalates into tragedy. “Boys just being boys” turns out to be true only when those boys are white.

​Suddenly, at just sixteen years old, Amal’s bright future is upended: he is convicted of a crime he didn’t commit and sent to prison. Despair and rage almost sink him until he turns to the refuge of his words, his art. This never should have been his story. But can he change it?

​With spellbinding lyricism, award-winning author Ibi Zoboi and prison reform activist Dr. Yusef Salaam tell a moving and deeply profound story about how one boy is able to maintain his humanity and fight for the truth in a system designed to strip him of both.
© COPYRIGHT 2020. ALL RIGHTS RESERVED.